We've woke up this morning to a bit of a special treat. Last month we headed out to Berlin to catch up with the boys from Sandwell District for their label night @ Berghain. We was in there for hours and the last 3 1/2 we gave our ears to the brilliance of Function aka Dave Sumner.
Just like all the times we'd seen Function before, he was on fire. Closing out the morning and pushing us through into the afternoon before Regis stepped up to the plate.
Speaking to him before his set, Dave informed me that the Berghain soundman was gearing up to record his set, and I've been seriously looking forward to getting to hear it all over again. But unfortunately it turns out that this mix is from the 2009 Sandwell District Nacht @ Berghain, not the 2010 night. Still it's a brilliant mix, I've listened to it a few times over now and it's more than worth a listen.
You can download the mix from the following link
Sendspace
Enjoy
Posted by Slash Dot Dash at 01:00 1 comment: This Friday our good friends over at Colony have got together with our good friends over at Perc Trax to put on a night at one of our favourite London venues, Corsica Studios. Colony have been on a little break (since July) but have really come back with a bang.
Perc Trax has been ever strengthening its reputation for solid techno release after release for a while now and they feel it's time to enter back into the world of promoting. Headlining the event is one of our favourite DJs / Producers around at the moment, Peter Van Hoesen. And that stamp of quality filters it's way right through the line up.
Advanced tickets are still available on Resident Advisor or you can pay a bit more on the door
You can join Colony's Facebook Group or follow Perc Trax on Twitter to keep up to date with all their future news
Posted by Slash Dot Dash at 00:15 No comments: 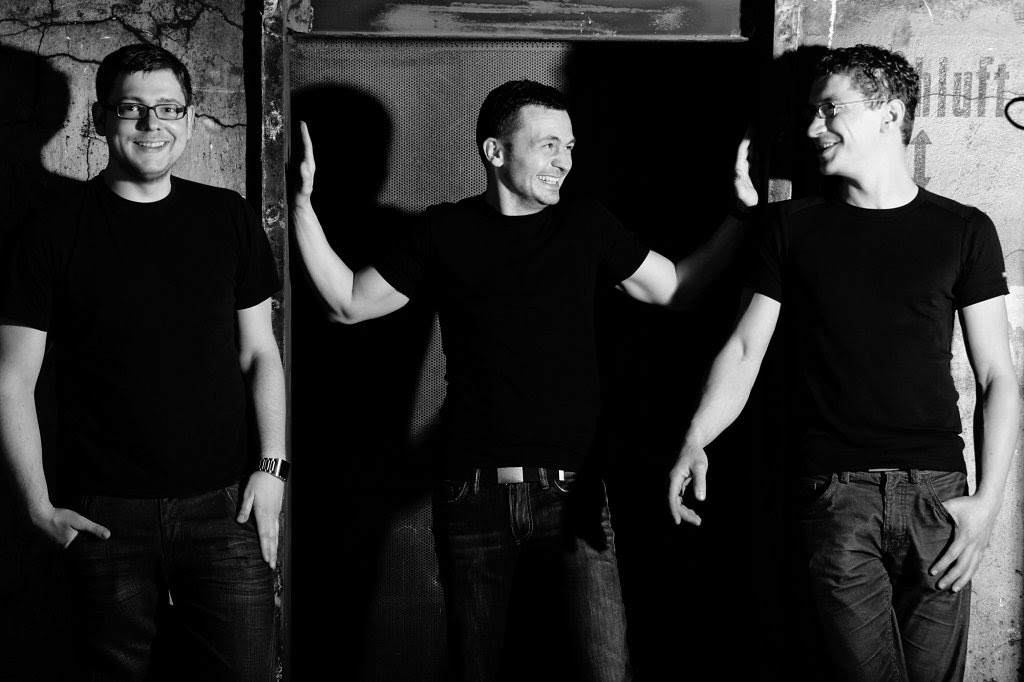 It seems that a vast amount of Londoners are making their way out to Berlin for the upcoming weekend. I can't blame them. We was out there two weekends ago and had one of the best times of our lives. There's some monster events going on this weekend. Perlon's launch of their 'Superlongivity 5 EP' @ Panoramabar, the Bermuda Festival is taking over half the clubs in the city, and for us the top pick of the whole weekend of Bermuda parties has to be Grounded Theory's 6th event at Arena Club.
The previous parties have included some great line ups, including the likes of Ben Klock, Adam X, Marcel Fengler, Function, Norman Nodge, Sleeparchive to name a few, and their resident Milton Bradley.
For this party they've teamed up with the excellent Berlin label, Fachwerk Records. They've handed over the rains to Mike Dehnert, Roman Lindau and Sascha Rydell and will be leaving them to get on with playing the style of music that's made the label so successful, great techno! Between the 3 of them they've racked up 16 releases on the label and individually they've featured on some of the most respected techno labels around, such as Clone, Echocord Colour, Deeply Rooted House and Ostgut Ton. The pedigree is there for all to see
Doors open at midnight on Friday and goes on till late. And as parties generally do in Berlin it's likely to go on very late!
To finish you off here's some links so you keep fully updated on the actions of all parties involved
Grounded Theory Facebook Fan Page
Grounded Theory Myspace Page
Fachwerk Records Myspace Page
Mike Dehnert Myspace Page
Roman Lindau Myspace Page
Sascha Rydell Myspace Page
Posted by Slash Dot Dash at 01:24 No comments:

With just 10 days till our next party our headliner, Samuli Kemppi has put together a new mix to wet your whistles and get the anticipation building to near bursting point.
Samuli describes this as a "Deep techno dj set recorded live on 3rd November 2010 with 2x SL1210 and Ecler Nuo 4 mixer. No edits, no fixes, just music on vinyls on one take"
Here at Slash Dot Dash we like that a lot. Raw techno on vinyl, as it should be. You can stream the mix from the following widget

Mix Of The Day: Silent Servant Vs DVS1 - LWE Podcast 63 After I mad the trip to Berlin and the legendary Berghain to catch up with Function and Regis at their Sandwell District night, we was totally blown away by Silent Servant. A storming set filled with raw industrial beats to more dubby minimalist numbers made Sunday morning very special and set the tone perfectly for Function to carry on where Silent Servant left off.
On returning back to London I set upon a little mission to find myself some new mixes from him and was delighted when i stumbled across this gem. Little White Earbuds drafted in two of Minneapolis's best techno pioneers. Silent Servant, or Juan Mendez as he's known by his mum, teamed up with Ben Klock's latest find, DVS1. Zak Khutoretsky has been filling the Minneapolis scene with the finest underground techno for many a year. After Klock spotted his amazing live show at an event, it wasn't long before Zak's debut release appeared on his Klockworks label. Since them he's gone on from strength to strength and his name is spreading far and wide.
The mix can be downloaded from here. It's a direct link so right click and save as
LWE Podcast 63 - Silent Servant Vs. DVS1
And as if a great mix wasn't enough, LWE grabbed a few moments to get some choice words off the pair. You can read the interview here
More info on the pair can be found on their respective myspace pages
Silent Servant Myspace
DVS1 Myspace
Posted by Slash Dot Dash at 11:54 No comments: