Mix Of The Day: Sigha & Shifted - Our Eternal Destination 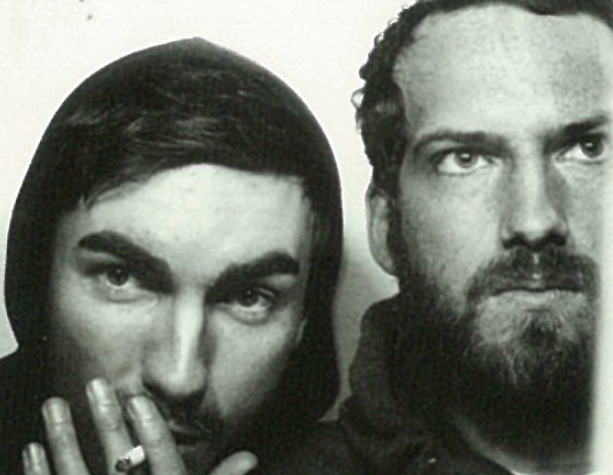 Sigha and Shifted are two of UK Techno's biggest success stories over the last few years. Rising to international acclaim with a string of forward thinking releases and stella DJ sets. Sigha got his break through Scuba's Hotflush label, whilst Shifted made his name on another of the UK's best labels, Mote Evolver. 2012 saw both of them release their debuts albums, 'Living With Ghosts' for Sigha and 'Crossed Paths' for Shifted, which featured in the plenty of 'best albums of 2012' lists around the techno world.

It was always going to be a matter of time before the pair launched their own labels to give a true platform of their sound. Sigha's came in 2010 as Our Circula Sound launched with Marcel Dettmann remixed Sigha's 'Early Morning Lights'. The very next year Shifted's (and Ventress's) Avian imprint hit the stores with the aptly titled 'AVN #001'. The ever growing closeness of these two collectives and the intertwining of artists on both labels has lead to a number of Avian vs OCS label nights, firstly in Paris and secondly at Berlin's legendary Berghain. The next outing is back in the place where it all began, London, at fabric this Saturday.

To celebrate the occasion, the duo have put together a taster of what to expect from Saturday's b2b performance with a mix for the fabric blog. It may be just under 40 mins long but it's packed full of the distinctive and originals sounds that have made Sigha, Shifted and their labels so respected amongst their fans and peers. Throbbing basslines, metallic industrial tendencies and swirling organic atmospherics are all present in this absorbing recording, which you can download it or stream the mix from the soundcloud player below. And while you're listening, head over to the fabric blog for the interview. As we mentioned earlier you can catch the Avian vs OCS showcase in Room 2 at fabric as they take care of Room 2 duties for Craig Richards' 'The Nothing Special'. As well as the b2b special set from the duo, Silent Servant and MPIA3 both feature with Terry Francis on his usual warm up business. Tickets are available from the fabric website and you can find all the rest of the info here
Posted by Slash Dot Dash at 10:35 No comments:

American based record label, Modularz, have found their way on to their 11th release since it's conception in 2006. The imprint, which has already seen the likes of Developer, Silent Servant, Jeroen Search, Shifted, Stanislav Tolkachev, Jonas Kopp and more, invited Spanish based producer Oscar Mulero to join their ever increasing family.

The end result is the Transversal EP. Two original tracks from Mulero and two remixes, one from Truncate and one from Sleeparchive. The EP kicks off with the original of 'Rótula'. Metallic percussion overlays trembling basslines and stuttering delayed stabs. Truncate's version of 'Rótula' takes a more stripped down, slightly sedated approach whilst still maintaining the originals intensity. The B Side sees Mulero continue the same theme with 'Transversal'. High energy and hypnotic rhythms oscillate amongst each other. Finally Sleeparchive's take on 'Transversal' rounds of the release perfectly with typical Germanic precision engineering. Check out the samples from the soundcloud player below


The EP will be available on both vinyl and digital in June. More info on Oscar Mulero can be found on his Facebook Fan Page. For Modularz, head to their Website and back to Facebook for Truncate and Sleeparchive. If you want to catch Oscar Mulero performing live he'll be in Germany tomorrow and Poland on Saturday. A full list of his gigs can be found on his Resident Advisor Page
Posted by Slash Dot Dash at 05:16 No comments:

It's new SDD Podcast time and our 19th episode comes from Germany, care of Alex Bau. As a DJ he's travelled the world playing infront of small crowds in basements as well as in front of 1000s at festivals like Love Parade, Nature One and Rave on Snow. He knows how to thrill any sized crowd with his very own brand of 'Gringo Techno'. As a producer, his music has graced such labels as CLR, Sleaze, Credo, Freitag, Prosthetic Pressings and many more.

We've been lucky enough to catch Alex a few times over the last 6 months and we was thrilled when he agreed to contribute to our podcast series. The mix is an hours worth of his recent set in Italy at the Wespeak Techno event and is chocked full of hard hitting, no compromise techno. Using a combination of Traktor, Ableton and Native Instrument's Machine controller he creates something that's truly original and unlike anything you're likely to hear across techno venues worldwide.

More info on Alex can be found via his Facebook Fan Page.
Posted by Slash Dot Dash at 04:30 No comments: