Here we have the latest offering from Sigha on Hotflush Recordings. 2011 is ending on a very high note for the London producer. The last few months have seen him all over Europe with gigs in Berlin at Berghain, Fly Bermuda and last weekends Dystopian party, London, Italy, Paris, Amsterdam as well as the epic release on the Ann Aimee series.
To kick off 2012, he's back to where he first made his name. His early EPs 'Raw', 'On The Strip', 'Bruised' and 'Shake' helped to define his sound of which Scuba described, in his interview with Culture Dox as 'pretty out there dubstep, but different dubstep'.
This release encapsulates the sound of Sigha's more recent releases. Techno full of earthy tones and droning basslines for those eyes shut late morning dancefloor moments. Check out the samples below
HF031 by Sigha
The release will be out in January so keep an eye out for it. Social networkers can keep tabs on Sigha through his Facebook Fan Page or follow him on Twitter. The same applies for Hotflush with Facebook and Twitter
Posted by Slash Dot Dash at 00:32 No comments: After the two Stroboscopic Artefacts showcases we've had this year at London's Corsica Studios, we know that an SA party is no run of the mill, bog standard clubnight. If tomorrow's party at Suicide Circus is anything like the London events, it'll be extremely special.
SA's 3 main artists will be taking centre stage, Xhin and label boss, Lucy will be providing DJ sets, there will be a live set from Dadub and visuals throughout the night from Oblivious Artefacts.
Doors open at midnight, entrance is 10 euros. The rest of the info can be found on Resident Advsior. Check out the Stroboscopic Artefacts Website or their Facebook Fan Page for plenty of info on their artists releases and up coming events.
Posted by Slash Dot Dash at 05:38 No comments:

In the world of techno you get DJs who are producers and you get DJs who are artists. Dasha Rush is definitely the latter. Originally from Russia, her journey has taken her around the world to places like Paris, Japan, London and now Berlin. Her early work saw her collaborate with theatre performers as part of gallery exhibitions. It was here that the connection with the emotional side of techno blossomed.
The last few years have seen Dasha set up her own label, Fullpanda Records, and sub label, Hunger To Create. As well as appearing on labels like Tok Tok, Gynoid Audio, Temp Records and Sonic Groove as well as releasing music with Lars Hemmerling under the name of Lada.
It's Adam X's Sonic Groove label which she returns to for this next release. 'Relativismi' is made of 3 tracks of encapsulating techno. Waves of dreamy soundscapes come and go to transport you to a completely alternative state of mind. Patient programming adds to the tension stirs emotions deep from within. Check out the samples below
"Relativismi" by Dasha Rush .Upcoming release on Sonic Groove by Dasha Rush
The track is out now on vinyl and download. We seriously recommend you go get it. Updates on Dasha's tracks and gigs can be found on here Facebook Fan Page. If you want to catch her perform, she'll be in Taiwan on Saturday (10th Dec) playing for Smoke Machine & Bass Kitchen at The Wall (RA Page) and then she'll be back in Berlin for dates at Suicide Circus on the 17th (RA Page) and Tresor on the 23rd (RA Page)
Posted by Slash Dot Dash at 00:44 No comments: 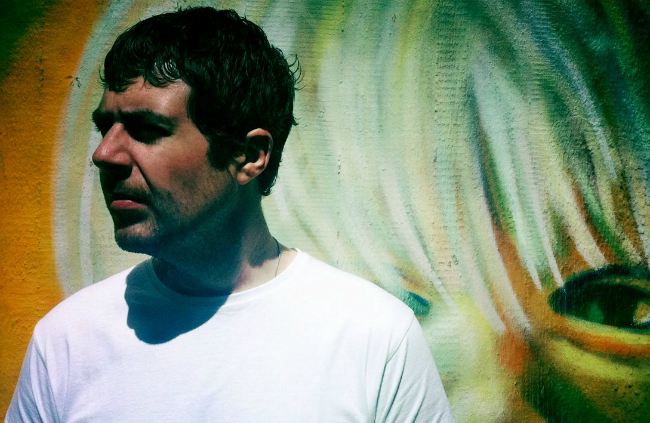 We caught up with Roberto for a chat a few weeks back. (If you didn't see it first time round check it out here). We told you to expect big things from the UK techno producer / DJ, and it didn't take long for his recognition to jump a level.
Next Saturday (17th) Roberto will be making his first performance from fabric's flagship Saturday night event, in Room 2, alongside some UK techno giants, James Ruskin and Surgeon. To give you a little taster of what's to come, Roberto has put together a promo mix for the fabric blog. You can download it from the following link
Roberto - fabric Promo Mix
Tickets for the event are on sale through Resident Advisor where you can also find the rest of the event info. To stay up to speed with all of Roberto's latest news on his gigs and releases you can 'Like' his Facebook Fan Page or follow him on Twitter
Posted by Slash Dot Dash at 01:28 No comments: We've been blessed with Berghain here in London over the last few weeks ago. Two weeks ago Marcel Fengler joined Mote Evolver in fabric's Room 2, to help launch the new Planetary Assault Systems album. Last weekend Corsica Studios hosted their own Ostgut night with Ben Klock, Barker & Baumecker, Fiedel, Nick Hoppner and Prosumer.
Now for this weekend and two more names from the Berlin institution. We're back in fabric's Room 2 and it's the MDR Records showcase. The label's seven releases have so far been shared between two artists, label boss Marcel Dettmann and Norman Nodge. The third artist on the line up is relatively unknown. Wincent Kunth was first announced by Marcel Dettmann in a recent Interview he did with Ben Klock, ahead of October's Blueprint Records party, and we're extremely excited to see what his Live set has in store for us.
Tickets are still available on Resident Advisor where you can get all the info on the event. For all you need to know on fabric check out their Facebook Fan Page or you can follow them on Twitter for their updates. And don't forget the excellent fabric Website.
Also on Facebook you can like the fan pages of Marcel Dettmann and Norman Nodge for news on their upcoming gigs and mixes
Posted by Slash Dot Dash at 00:14 No comments: